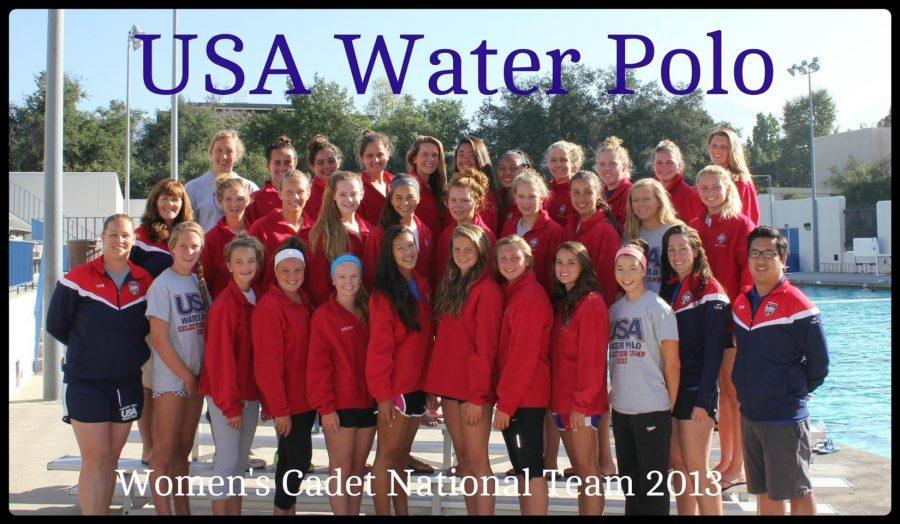 Many Mayfield students participate in activities and sports outside of the school’s athletic program and Conservatory.

The wide range of multifarious activities include Irish dancing, cheerleading, and club sports, just to name a few.

Ellie Karl ’15 is a member of the 2013 Women’s Cadet National Team and the club Water Polo team at the Rose Bowl Aquatic Center.

“I’m so lucky to have been given the opportunity to train with such talented water polo players that have all come from so many different training backgrounds,” said Karl.

Karl became interested in water polo as a young child when she saw her older sister play. She actually began playing water polo in September 2008.

“It’s hard to balance water polo and school, but I receive support from my team. When I go to practice it’s like I am with my family and makes being a part of the team enjoyable,” said Karl.

“The best part about cheerleading for the Saint Francis Cheerleading Team, is being able to build new friendships with different girls from other schools,” said Arizmendi.

After taking a hiatus from cheerleading, Arizmendi decided to try it again at the start of high school. She is currently the only Mayfield student that cheers for Saint Francis.

While it is not unusual for Dance Conservatory members to dance for outside studios as well, other students also practice different kinds of dance. For example, junior Grace Fraser does competitive ballroom dancing, while Emma Horne ’14 and Meghan O’Connor ’15 are Irish dancers.

O’Connor is a member of the Cleary Irish Dance Team and has had a passion for Irish dance since she began when she was just four years old.

“Irish dance gave me the ability to challenge myself. When new techniques are taught to me, I am challenged to learn something new,” said O’Connor.

O’Connor urged her mother to allow her to try Irish dance until she relented. She now dedicates about twenty hours a week to practicing in addition to the time spent on competitions. In May, she will travel to Australia to compete in a new Irish dancing competition.

“I love traveling with my team and competing in global and national competitions while meeting new people and sharing my love for dance,” said O’Connor.