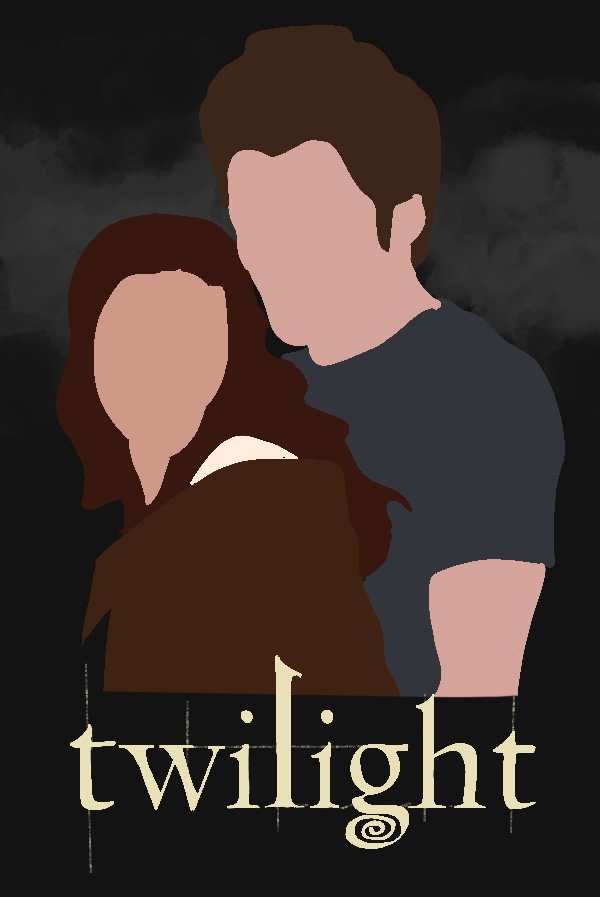 When Twilight by Stephanie Meyer was published in 2005, few could have predicted the wave of popularity and fame it would gain. The series’ movie adaptations ensured the supposed revolutionary love story would influence a generation of teens, but at what cost?

Perhaps not through any malicious intent by Meyer, but simply ignorant and thoughtless writing, this story is dangerous. This Valentine’s Day, we’ll be looking at the Twilight series, the actions between characters in romantic relationships, and how these books have tricked a whole generation into ignoring signs of abuse and manipulation that define Bella and Edward’s relationship.

At a first glance, Bella and Edward’s relationship may seem like a typical melodramatic love story: a girl pining after a bad boy that represents the danger and thrill she lacks in her own life. However, even a slightly more attentive reading of the book will reveal that throughout the course of the series, Edward gaslights Bella multiple times, stalks her, isolates her from her family and friends, makes her feel unable to speak her opinions, micromanages her decisions and free will, and is unapologetically possessive. He leverages their age difference — over 100 years — from the moment he meets young Bella to dominate her. Bella’s character is primarily defined by her love for Edward, who returns her affection by treating her badly.

One passage from Twilight reads:

“He lowered the automatic window and leaned toward me across the seat. ‘Get in, Bella.’ I didn’t answer. I was mentally calculating my chances of reaching the truck before he could catch me. I had to admit, they weren’t good. ‘I’ll just drag you back,’ he threatened, guessing my plan.”  In this context, Edward’s threatening nature seems far less protective and far more dangerous.

The text sends a message to young, impressionable teens that if a partner treats them in this manner, it’s ok because it’s out of love. Edward spies on Bella, listens in on conversations with her friends, and follows her wherever she goes, constantly trying to control who she is with and where she is.

When forbidding her from spending time with Jacob, a rival, Edward simply tells her, “No werewolves.” When Bella objects, he replies, “Then I’ll have to stop you.” Bella thinks to herself, “He sounded utterly confident that this wouldn’t be a problem. I was sure he was right.” In any other context, this behavior would be considered dangerous, restrictive, and outright terrifying, but because it’s presented under the lens of romance, it’s ignored.

Meyer portrays Edward’s obsession as something to be admired, and that young teenage girls should consider sweet and protective. Instead of red-flagging an unhealthy relationship, Meyer normalizes it; her storylines are tone-deaf to the damaging influence it may have on a young audience.

Bella and Edward’s tumultuous attachment isn’t the only questionable portrayal of romance in the series. Bella also experiences similar behavior from Jacob, her supposed best friend and a werewolf, who constantly insists Bella loves him and relentlessly pursues her despite her insistence that they stay friends. When Bella tells Jacob she loves him (platonically), he responds, “‘I know,’ he breathed, his arm tightening automatically around my waist. ‘You know how much I wish it was enough.’”

Another couple, Sam and Emily, features a backstory in which Sam became so enraged with Emily that he attacked her and permanently scarred her face. Yes, she stays with him. In the story, this incident is blamed on his werewolf qualities and Meyer does not seem to understand the seriousness of absolving Sam of any responsibility for the abuse and disfigurement of his significant other.

Additionally, the werewolves also take part in something called imprinting, meaning that male werewolves will find a female to “imprint” on, something akin to soulmates even if the female party does not reciprocate romantic feelings. This story device was used in a way that almost justifies the continuation of Sam and Emily’s relationship. This removes the free will of the female werewolf characters, because simply getting over imprinting isn’t an option. In Breaking Dawn, Jacob imprints on Bella’s newborn baby, meaning Jacob will be in love with and help care for this child until she is old enough for him to marry; in blunt terms, this is child grooming and pedophilia, something else Meyer does not care to address. This situation of an adult falling madly in love with a child isn’t even a one-time situation, as this happens with another of Jacob’s packmates, Quil, who has imprinted on a toddler.

“Quil will be the best, kindest big brother any kid ever had,” Jacob tells Bella while defending Quil from her judgment. “There isn’t a toddler on the planet that will be more carefully looked after than that little girl will be. And then, when she’s older and needs a friend, he’ll be more understanding, trustworthy, and reliable than anyone else she knows. And then, when she’s grown up, they’ll be as happy as Emily and Sam.”

Meyer not only romanticizes physically and mentally abusive relationships but seems to be unaware of her absolutely horrible glamorization of child abuse as well. These aspects of the book become even more disturbing when one considers that Bella was a young teenage girl when she met a century-older Edward making it very easy to interpret their relationship as a grooming narrative as well.

Meyer continues to leech off the lifeblood of the Twilight franchise even today; her latest book, Midnight Sun, is an iteration of the first Twilight novel from Edward’s perspective. One might have hoped that this book would update the story with acceptable cultural norms — at the very least acknowledge Edward’s behavior and indicate that Meyer realizes the harm her books have caused. These hopes, however, were brutally smashed when more than half of the book proved to be Edward stalking Bella. Meyer clearly does not care to take responsibility, let alone apologize for the negative and harmful ideas her books have pushed onto a young and impressionable audience. Hopefully, Midnight Sun will be the last chapter in the Twilight Saga; that way, this Valentine’s day, young adults will have access to newer and better stories that feature healthy and fulfilling relationships.