10 Scary Movies to Watch on Halloween by Monica Zepeda 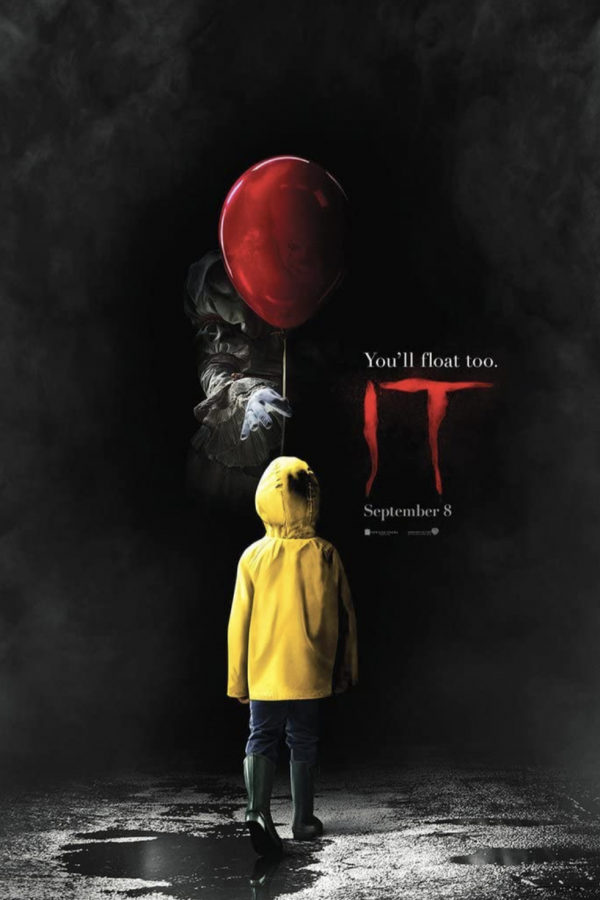 As a horror movie lover, I recommend you watch the movies listed below! Whether this be during the daytime so you don’t get scared of the dark after watching Friday the 13th, or during the nighttime, so you can get the full horror movie experience while watching The Conjuring! I, for one thing, know that I will be spending this year’s Halloween binge-watching all of these movies and eating loads of my favorite candies. Great way to go this year!

This movie, directed by James Wan, about ghosts and paranormal activity haunting a house in Rhode Island sounds interesting to watch, especially if it is based on true events that happened! There were quite a few jump scares scenes that took me by surprise. I was extremely fascinated to learn more about the paranormal investigators Ed and Lorraine Warrens’ infamous cases and the crazy encounters they faced.

From the first scene to the last scene of the movie, there is just so much horror that I absolutely love! As a horror fan myself, I was quite shocked, yet intrigued at how creepy Pennywise, the main villain, is ranging from his physical appearance to voice. He definitely made me jump out of my seat a couple of times because of how his character is  portrayed, from the famous smile to the many forms he took as a shapeshifter. There is a perfect balance between horror and comedy because there is amazing chemistry and entertaining dialogue amongst the characters: the Losers of Derry, Maine. It was really interesting being able to compare the differences and similarities between the 2017 film and the original film made in 1990.

I used to always look forward to going to sleep so I could dream, but this movie frightened me enough to make me refuse to close my eyes at night. This movie taps into an unknown fear of the vulnerability we have during our slumber since the antagonist, the legendary and iconic Freddy Kreuger, terrorizes people in their dreams that may include fatal results in the real world. I have goosebumps when I watch scenes where the protagonists are trying to flee the serial killer and his iconic gloves with razors.

The eerie, yet classic music that defines the movie, “Halloween,” really does set a spine-chilling tone that pairs well with the mysterious Michael Myers. The iconic music gives me chills because it is unpredictable when Michael Myers will appear to confront his next victim, so my eyes are always glued to the screen.

This is the first movie that took me by surprise because it pokes fun of other scary movies and the stereotypes associated with them. This movie is very interesting because we do not know who the killer, commonly known by the disguise of Ghostface, is until near the end. I definitely recommend this movie if you’d like to start watching horror movies, since it’s a great one to start off with. Baby steps!

This film terrifies me because there are chairs moving on their own, possessed trees, TVs trapping people, skeletons in the muddy pool that I believe are all great elements in a fearsome movie. The actors portray their characters really well and their fear extends to me feeling the same way.

This movie includes an excellent use of special effects especially with the portrayal of Regan, a possessed girl in the movie. She was incredibly brought to life by Linda Blair, who took this character to another level.  I was quite scared  in scenes where the main character taunts the other characters after undergoing a huge transformation once being possessed.

In my opinion, it was a great idea to have the movie take place at a campsite because no one knows what to expect while being out in the woods, least of all a killer with a hockey mask on.

I found it captivating how cameras are angled for us to see through the masked killer’s perspective since we are aware that something startling will occur. The plot twist, that occurs near the end of the film, totally blows my mind and one of the characters, specifically Mrs. Voorhees, creeps me out.

Dolls that come to life and talk are super creepy and adorable Chucky is no different. Chucky starts out as being a birthday present for the protagonist, Andy, but it quickly turns into a frightful being that creates chaos for anyone who confronts the doll in some way. This movie makes me run away from the dolls I used to play with as a child!

This movie is adapted from Stephen King’s novel “The Shining,” this film contains various strange scenes that send chills down my spine. Every scene is so unique and the tiniest details give the movie an uncanny mood. A classic!