Bobcat Fires Through the Eyes of a Sophomore 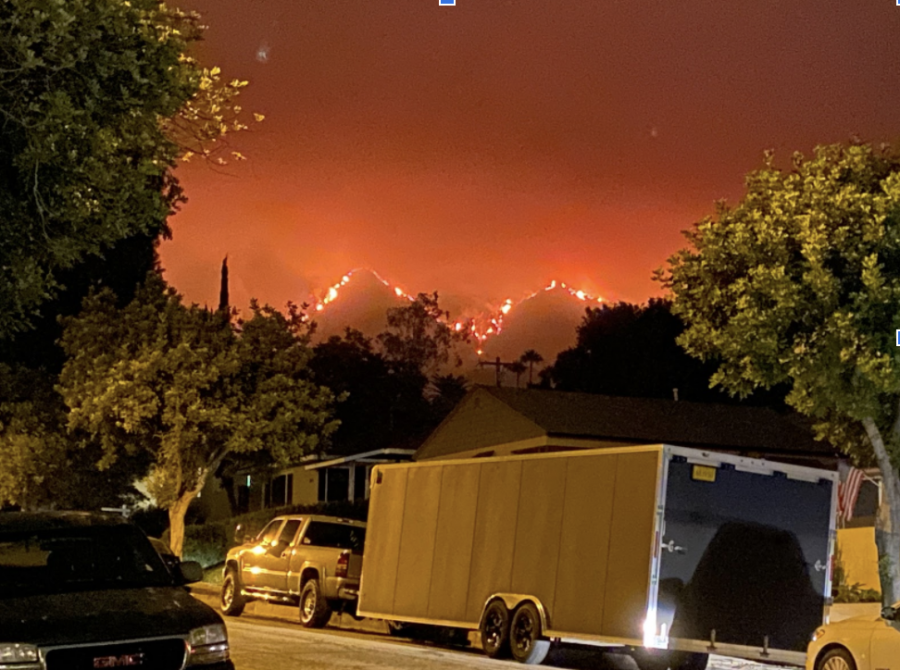 A view of the Bobcat Fires in Southern California.

The air quality in my neighborhood is very poor. Since the start of the week, the smoke has increased dramatically as the Bobcat Fire increases in size. The thick, heavy layer of smoke covers the Monrovia/Duarte/Bradbury fire zone and the surrounding communities.

On Monday, September 7, Monrovia officials sent out a community update of the Bobcat Fire’s path and the possibility of evacuations. My family and I started to pack some clothing and essentials for the next few days in the event that we would be evacuated. Although we have not been informed to do so, after seeing the conditions of the fire on Thursday night, September 10, it was clear that there was going to be a greater likelihood that my family, along with many other Foothill residents, would possibly be evacuated. After this, I continued to pack more of my belongings like my school uniforms, sweatshirts, and blankets. Along with this, I also packed the very essentials like my glasses, contacts, and masks.

Every morning when I wake up, I look out of my window to see that the sky has an orange hue. Around dawn and dusk, I have noticed that the sky is more orange due to the famous California sunrises and sunsets. The smoke’s color has darkened over the past week as the fire increases in size. However, during the day, the color of the smoke is a grey-brown color with a hint of the orange from the sun. At the beginning of the week, the sky was partially covered in smoke, mainly coming from the northeast part of the Angeles National Forest. Now that a few days have passed, the entire sky is covered in smoke and stretches over many cities across Southern California.

There was not an overpowering smell of smoke on Monday. But, now that the fire has increased, the smell of smoke  has pervaded our community. At first, I could only smell it when I went outside or into my garage. However, over time, the smell slowly started seeping into my house, causing my family and I to wear a mask not only outside, but inside too. Whenever I am outside to check on the fire conditions, I am always wearing a mask to prevent myself from inhaling the thick smoke and small particles floating in the air.